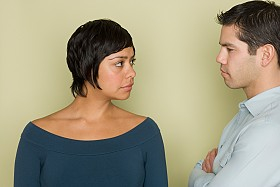 Relationships take time, attention, and hard work to maintain. Conflict and struggles are normal, and difficulty managing conflict can seep into even the best relationships.

Here are three examples of the ways I have helped couples. Note that none of these are actual couples, but represent some of the types of couples I see and how I assist them.

Hilda and Jim: Though Jim was very financially successful, Hilda and Jim’s fights were usually about money. Through therapy Jim came to understand what Hilda really needed was a say in how they would organize their lives, even if she did not earn most of the money. In therapy Jim was challenged and supported in listening to Hilda in a way he had never done before. Hilda, having been heard, was able to express herself more clearly, and to hear Jim’s fears that he would lose his money and be poor, like he was when he grew up. After four months they were able to leave therapy, only returning about once every six months for a check-up. 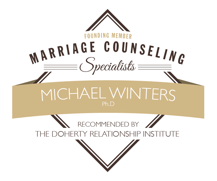 Sarah and Mort: This couple had been feeling more and more disconnected in their 15 year marriage. There was nothing specific that was “wrong;” they liked each other and rarely fought. But there was no “sparkle” in their relationship. In therapy we discussed ways they could reconnect, both sexually and emotionally, by devoting themselves to a common focus: volunteering at an animal shelter. They also adopted two dogs and found that caring for these animals as a team helped them reconnect as well.

Tobias and Amelia: This couple lost their only son, Toby Jr., to cancer at age five. For the first year after Toby Jr.’s death they had a lot of support from friends, family, and their church. But after about 14 months, both felt alone and on “auto pilot.” Tobias often slept in his recliner and did not even come to bed. Amelia had lost all interest in sex and devoted herself to her consulting business. Both admitted that they “don’t know each other anymore.” In therapy, Tobias and Amelia were able to learn to grieve together and to make their lives a living memorial to Toby Jr. After several months of therapy, Tobias and Amelia were able to devote more time to each other and start talking with other parents who had lost children to cancer. “We still have a long way to go,” said Tobias, “But we realize we need to be together if we ever want to feel better.”