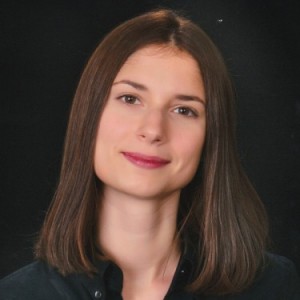 Kirsten Salerno was only 28 years old. A doctoral student in counseling psychology, she was on her way to a practicum counseling site on a two lane road on Thursday morning, February 7, 2013. A car coming the opposite direction on the country highway veered across the centerline and into her car. She was killed, likely upon impact.

In the three Logotherapy classes she attended that I taught or assisted in teaching, she was the youngest participant, probably by 15 years or more. She was an eager and dedicated student. When I informed her that the Viktor Frankl Institute of Logotherapy did not have a student rate she was not deterred, but found the resources to pay for the courses and travel to Houston for each class.

In class she was enthusiastic, optimistic, friendly, and motivated to learn all she could about Logotherapy and meaning-centered approaches to life. In class we discussed deep and difficult subjects, such as genocide and untimely death and how one could discover meaning even in the face of such horrible circumstances. Kirsten was intellectually and emotionally mature beyond her years—she was able to face these demanding topics with as much grace as any of the students. I was heartened to see her interest and enthusiasm. Amongst her more experienced classmates, here was a capable student just starting her career.

She showed courage—other students and professors in her doctoral program were moving to more reductionist methods of therapy. It would have been easy for her to simply adopt these mechanistic theories, but she fought for a holistic perspective, one that included an openness to the human spirit.